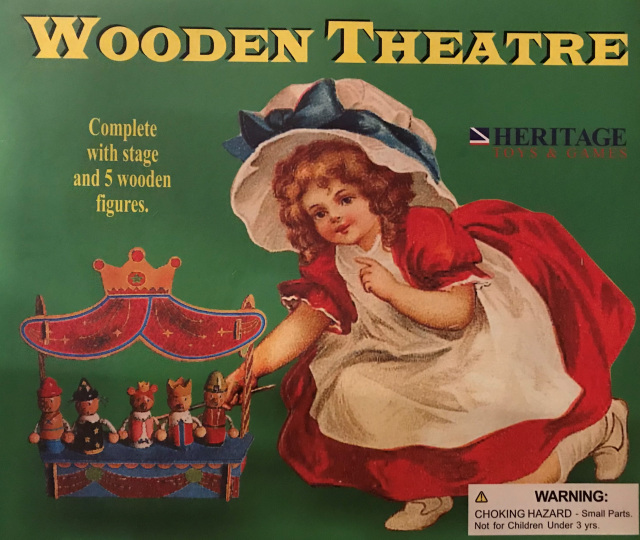 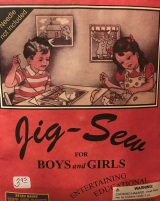 Wooden Theatres became a popular family entertainment during the 1800 and early 1900s. Now recreate the stories and plays of a bygone era. Each set contains wooden pieces which easily slot together to build the scenery. Five charming wooden characters to make up the cast, which fit on the wooden dowls included and can be moved around behind the scenes. Suggested Over Age 3+

Alley Oops is a raucous game of stumbling and tumbling for klutzes. Suggested Over Age 3+

Egg and Spoon Race: Be the first to place your egg carefully in your egg cup using your giant egg spoon. The egg and spoon race be be played as a family race game or around the table. If the egg and spoon is played around a table, eggs must be placed on the table and not be touched by your hand. The egg must be carefully placed into the egg cup without dropping it. The first to place their egg into their cup is the winner! This game is based on an original product from the 1800's.Suggested Over Age 3+

Jig-Sew: Fascinating sewing toy that is educational and teaches co-ordination. Each picture is complete project for a child. Remove the small pieces A, B, C, etc. and match to the proper letter on the picture which forms the background. **Needle not included. Suggested Age 8+.